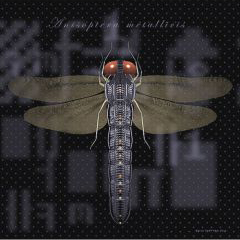 'Base Metal' is the nomenclature used in ancient alchemy to denote a common or any inexpensive metal that can be transmuted into Gold. Generally spoken about as the 'great work' this alchemical process is actually a metaphor for personal transformation. I have used these ancient alchemical references to speak about the information technology of today and its effect on our life. How cryptic computer codes and binary streams made up of zero(s) and one(s) are transmuting our experience of reality for better or for worse.

Baiju Parthan born in 1956 took a BSc in botany and embarked on an engineering degree before escaping the sciences as well as his native Kerala. Enrolling for a BFA in Painting at the Goa College of Art, he arrived there at the height of the hippie counterculture. Parthana's lifelong passion for cosmography, Buddhist mandalas, Jungian psychoanalysis, and shamanism originates in this period. Migrating to Bombay, Parthan joined The Times of India group as an editorial artist, working mainly for The Illustrated Weekly of India, which nurtured his literary, philosophical and artistic interests. Soon, he embraced the life of the independent artist, developing both his painting and his new-media projects, these latter being unveiled with a groundbreaking exhibition, â Brahmaa's Homepage and Other Cyber Stuff (Gallery Lakeeren, Bombay, 2000). While translating his concern with pervasive global media flows from the digital to the painterly context, Parthan pioneered the trend that Nancy Adajania has described as a new mediatic realism. Parthan has participated in numerous curated exhibitions, including an Under Construction a(Japan Foundation, Tokyo, 2002) and a ZOOM!a (co-curated by Nancy Adajania and Luis Serpa, Culturgest Museum, Lisbon, 2004). Ranjit Hoskotea's book on the artist, Baiju Parthan: A Usera's Manual, was published by Afterimage, Bombay (2006).