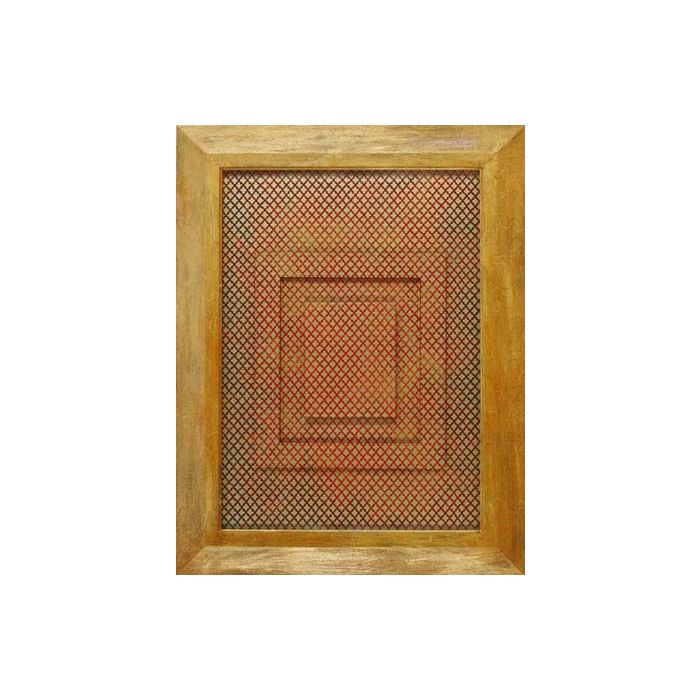 A painting is the ambrosia for the mind. The act of painting is a 360-degree exercise for me which allows meditative time, a structured discipline and immense personal gratification. I delight in the viewer\'s interpretation, for I do not myself weave any message in my works. Be it insects, galaxies, pop icons or ancient Indian murals, they all have a place on my canvas. The elements I choose to take a life of their own from one painting to the next because I leave them unfettered of any intellectual shackles. A night bird sits perched under the dark sky while a shower hangs precariously behind a curtain reminiscent of a Pichwai above a lotus pond.

She has held solo shows of her works across the country \'Hope is the thing with feathers\', Gallery Espace, New Delhi in 2012; Anant Gallery, Kolkata in 2007; Palette Gallery, New Delhi in 2006; Gallery Chemould, Mumbai in 2005.

She is a recipient of the National Scholarship and Junior Fellowship from the Government of India in 1991-93 and 1995-97. She also received the French Government scholarship to study in Paris in 1993. Her works are part of the collection at the National Gallery of Modern Art. She lives and works in Gurgaon, Haryana