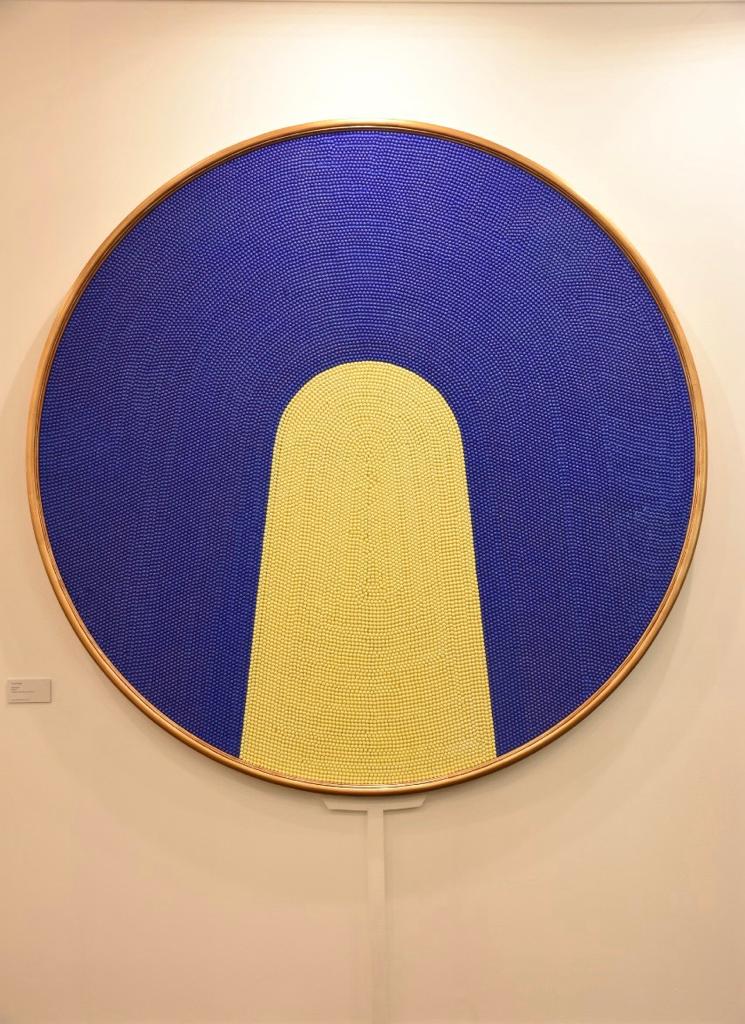 During every part of our lives in very deep and rooted for me. The madness of colour and line inspired me to create Air, Water, Fire, Earth and the Sky. With these elements, I Breath, I imagine, I conceive, I create everything with colouring and lines. My journey into the would of art and creativity has led, not only to the discovery of the chiaroscuro of light and shade, the beauty and warmth of the light of colours but also to an inner tranquility a quiet glow which I hope will act of a beacon of light to guide me on my journey in the years to come.

Born in Tamluk, a historical town in West Bengal in 1965. He has received his Bachelor’s Degree in Fine Arts from Government College of Arts and Crafts, Kolkata, followed by Master’s Degree from the College of Art, New Delhi.

He has held over 65 solo shows including; ‘Shesh Lekha – The Last poems of Rabindranath Tagore’ a tribute in watercolours by Paresh Maity to commemorate the 150th birth anniversary of Nobel Laureate Rabindranath Tagore at NGMA Delhi and Mumbai in 2011. He has participated in several prestigious shows in India and aboard. ‘A Mystic Journey’ an exclusive collection of his watercolour works was shown with the works of American photographer Steve McCurry, as a part of the festival “India Calling! 2010” at Chicago Tourism Center Gallery of Art, Chicago presented by Art Alive Gallery, New Delhi.

Several books have been published on the works of Paresh Maity, the recent amongst are \'The World on a Canvas – A Visual Voyage\' based on the works inspired by various travels of the artist. Paresh is the second artist after M.F.Husain to be invited by the Kerala Tourism Department, Kerala Government in 2007 to do his own visual interpretation of Kerala which have been documented in a book \' An Enchanting Journey - Paresh Maity\'s Kerala\' published by Art Alive Gallery.

In 2010 Paresh completed a 7 x 850-foot mural, one of the biggest in the world for the new International terminal at the Indira Gandhi International Airport, New Delhi. Currently, he is represented in several public and private collections all over the world, including the British Museum, the Commonwealth Development Corporation, the National Gallery of Modern Art in New Delhi, Vatican Embassy in New Delhi, Tata Iron & Steel Co. ITC, RPG, etc.

He has been felicitated by various national and international institutions including the Royal Watercolour Society, London, the All India Fine Arts and Crafts Society, British Council, etc. He was honoured with the Dayawati Modi Award for Art, Culture, and Education in 2012. In 2013, he has awarded with the ‘Hello! Hall of Fame Award’ for ‘The Artist of the Year 2013’ and also awarded with ‘Shera Bengali’ for Art. In February 2014, he was honoured with Padma Shri by the Government of India, the one of the highest civilian award in India, for his contributions to the Art world.

He lives and works in New Delhi, India.