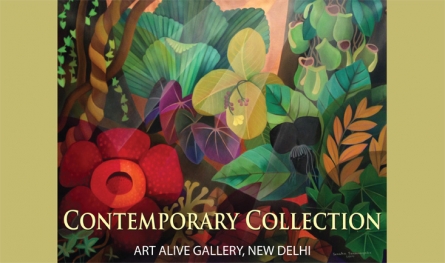 Art Alive Gallery is presenting an exhilarating collection of works in different medium by artists from different generations are juxtaposed together giving a glimpse into the multifarious artistic talent of Indian contemporary art.

The show encompasses thoughts and practices of sixteen artists, whose style and subject matter ranges from: figurative to abstract; from imaginative to realistic; from futuristic to traditional and so on.