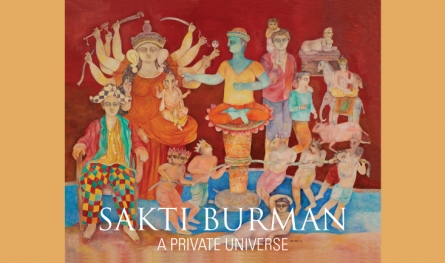 Art Alive Gallery is delighted to present legendary artist Sakti Burman's landmark solo show and a book on his work and journey, titled 'SAKTI BURMAN: A Private Universe' on occasion of his 80th birthday. The show showcases some of the rare early works that have never been exhibited before.

Burman's work takes us through his work as legends, family, and Indian gods meet and mingle in his private, kaleidoscopic universe. While realism resurfaces in his paintings, his work transports viewers into the realm of fantasy across a decidedly optimistic, oneiric landscape. Burman’s characteristically mythical figures evoke ancient tales of courtly romances and captivating worlds, brimming with sensuous maidens, children playing, and exotic birds and beasts.