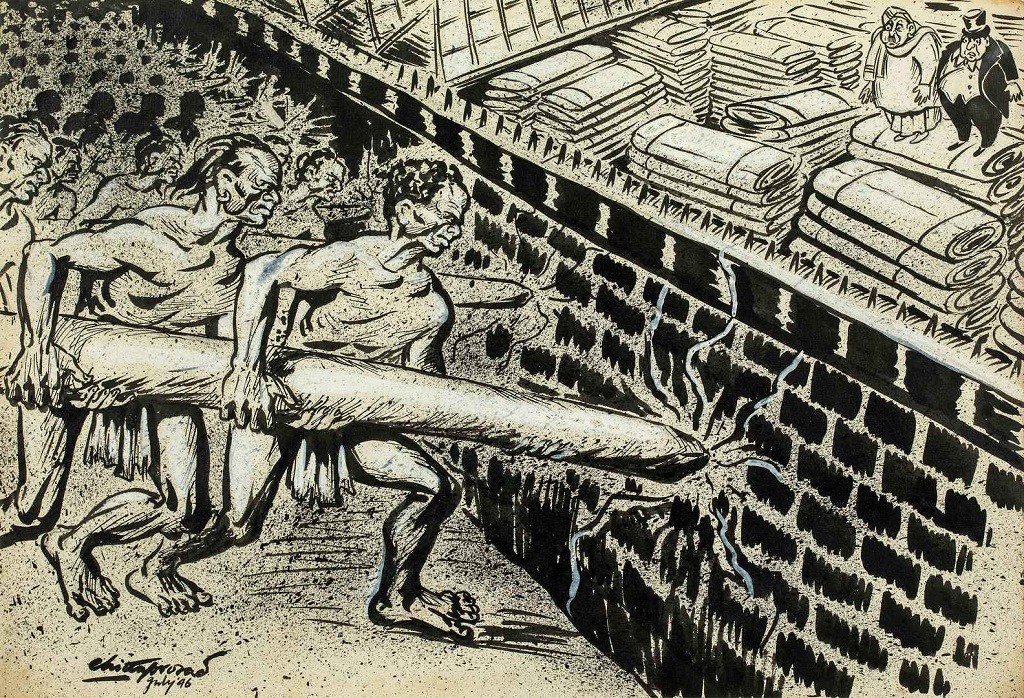 An exhibition with the amalgamation of caricatures, satirical, poetic and political commentaries have been showcased by KNMA recently. The title of the show is “Common Course”. It displays the artworks of the artists of Modern India and takes us to the journey which brings forth the political drama and social themes of the post-independent democratic India and also the moral crisis of colonial India.

It acts as a bridge between the older times and the current socio-political conditions of the nation. It reflects upon the conflicts and the contradictions of the respective times which are noticeable even today.

Gagendranath Tagore, Chittaprasad, KG Subramanyan, and RK. Lakshman through their works indicated and put on record the social, political and cultural changes in the society through ways of storytelling.

Gagendranath Tagore’s album of caricatures “Adhbuta Loka” (Realm of the Absurd) was made in 1917 apprehends the alterations happened in the colonial city of Calcutta. The “tale of the talking face” by KG Subramanyan is another book consisting of the original collages unfolds the satiric verses that leads us to the multiple focal points of the narratives during the emergency rule. RK Lakshman’s leading character in his cartoons “the common man” bears a close acquaintance with the daily affairs of the Indian Nation. He has made the caricatures of almost all the significant political figures and public figures of his time portraying the newly independent country. The hypocrisy and falsity of its leaders. The misconducts and the wrongdoings going on in the country. Chittaprasad, on the other hand, archived and reflected upon on both the world and national political conditions. His fearless use of ink and pen showed the repressive policies of British India, the communal politics of the partitions and other social evils of the post-independent India.