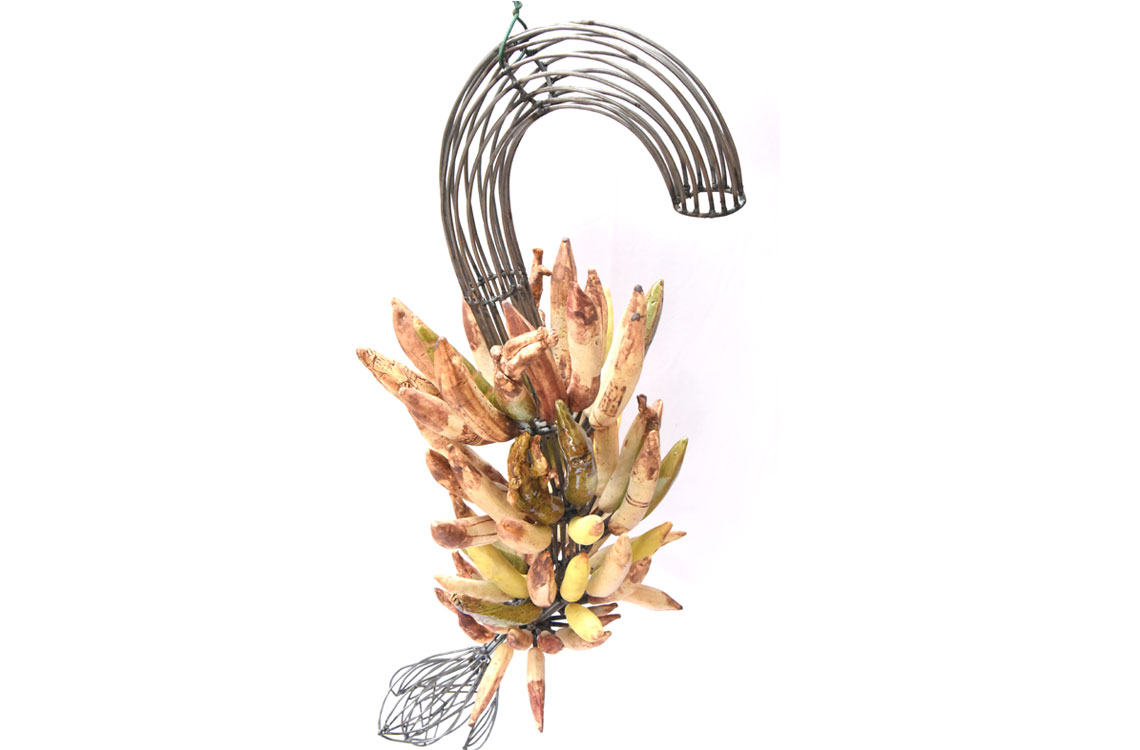 The production of art objects such as figures, tiles, and other decorative materials using ‘clay’ and other raw materials comes under the ‘ceramic art’. The origin of pottery in India dates back to the Indus Valley Civilization between 2500 to 1500 BC. Earlier the products which were manufactured were only restricted to household utensils or daily use commodities such as pots which were favored for water transportation and storage, grain storage along with cooking pots and storing eatable products. Ceramic, as an art form is very cultured. Different styles emerged in different Indian states over a period of time. The making of glazed pottery developed under the influence of Arabs in India and the Mughal Art inspired some of the designs. This occurred around the 12th century.

Ceramic Art, which was once considered as mere craft, has now found new audience and status in the art market. Over the past few years the world has seen, in major venues, a spate of clay-based art viz. New York, at the Metropolitan Museum of Art; along with Christie’s and Sotheby, famous British auction houses in London taking a keen interest in Ceramic art world.

Art Alive Gallery in its recent show Moments and Transformations: Finding Life in Materiality comprising the artists from South has displayed the works of the artist Portarasan S. from Chennai, has completed his Masters’ in Ceramics from the College Of Fine Arts, Egmore, Chennai. He experiments with materials and firing processes and combines his ceramic forms with metal, which he describes as a difficult process, confessing to the intricacies in fixing arranging and firing. He is an insightful ceramic artist whose works are premised on a thorough understanding of materials namely the varied ceramic clays that he engages with. He reinforces the knowledge of his material through an intuitive and energetic articulation with his artistry and dexterity having mastered the skills of its manipulation with easy facility and confidence. His works were appreciated by the audience and was considered as one of the best works displayed in the show. The new ways of using ceramic along with other materials has become a trend these days to produce an artwork and gaining public interest on a global level.