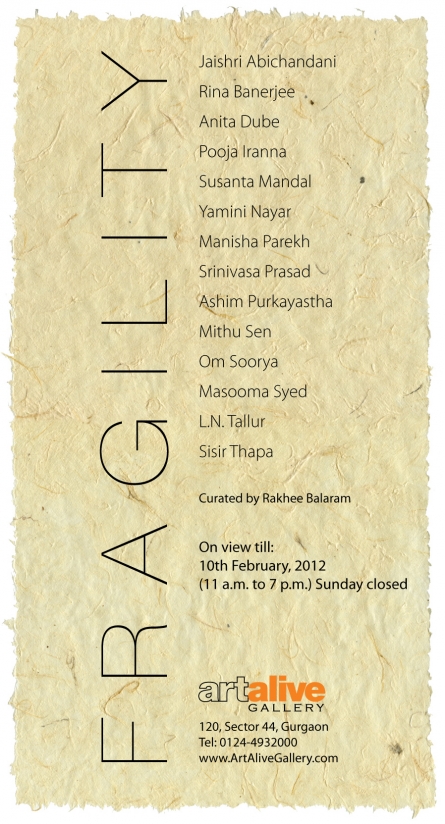 Works will be chosen in relation to their fragility in construction/ material (glass, paper, feathers etc), method of production, or the concept of fragility that is embodied in the work. This could be taken to an extreme such as in the exquisite tension that underlies fragility at the visible or invisible point of its rupture or the constant and recurrent possibility of its breakage or shattering. Works that evoke the fragility of the body, nature, object or environment and challenge psychical or physical boundaries will also be considered. The works taken together would suggest an extremely sensitive and heightened awareness of beauty and its underlying tensions. The paradox of fragility being, of course, its inherent strength.

I would want the exhibition to be an experience for the spectator: one in which the limits of the body dissolve into one's own fragility through the viewing of and encounter with the series of works. The artists participating will have freedom in terms of their interpretation of the concept of fragility. I will be writing a catalogue essay which positions fragility as a riposte to the rhetoric of India's 'superpower' status and how it speaks of the types of experiences that we encounter today both personally and politically.