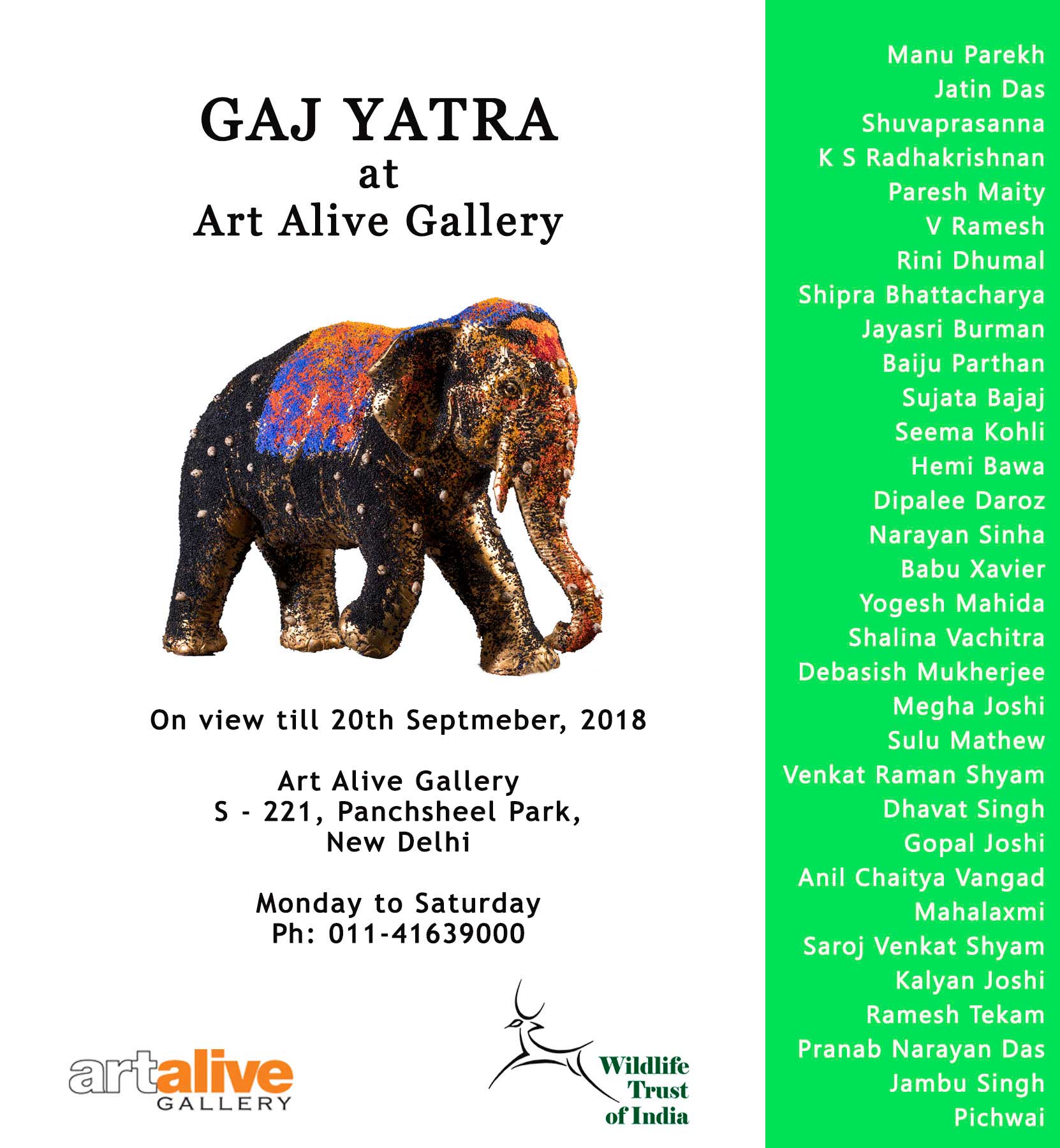 The representation of elephants in art has been a favourite subject for masons and potters since early times. The Indic scholar V S Agarwala points out: ‘The type reflects the popular fondness for this animal during the Mauryan-Sunga epoch. The clay elephants are profusely decorated with markings on the body of parallel lines or punched circlets.’ In Amber-Jaipur Sekhavati paintings, a classic example is the exquisite watercolour ‘King Inspecting the Elephant Ramaprasada’ (Amber c 1660). A large collection of drawings of elephants from Jaipur ‘filkhana’ dated in the middle of the 18th century is preserved in the Maharaja Sawai Mansigh Museum, Jaipur, stating the names and status of the animals alongside their portraits. Beautifully bedecked and adorned the elephants wore elaborate gold and silver trappings and velvet saddlecloths that were beautifully embroidered. It is documented that the animals were cared for by mahouts and attendants and provided with special enclosures. How did they come to belong in this royal household? We have an exquisite painting of the brilliant artist, Nainsukh, dating back to 1735-40, (in the collection of the Museum of Fine Arts, Boston) depicting wild elephants being captured in the wilderness by the Maharaja’s men. B.N Gosawmy describes the scene in vivid detail, ‘Surrounded by the contours of the hills is a large water reservoir, a lake with jagged edges, in which, in the middle distance, a herd of wild elephants is seen sporting, their mountainous backs that are reminiscent of rising hills visible above the water surface, trunks gleefully spraying cascades of water in all directions. The air is clear, the view majestic, every detail crisp…’ Soon, looking deeper into the pastoral scene you observe the drama about to unfold. The animals are about to be captured and heavy ropes are twisted around their bodies as the men try to tame them. The location has been traced to the enchanted forest-land of Vraja with its beautiful landscape.

The reason we need to revisit those ancient times and examine the representation of the elephant in Indian art down the years is to realize that we have always sought to tame the magnificent animal and make it submit to our whims and fancies. If the royal households lavished affection on the elephants it was because they were needed in times of war and peace. Centuries later, we still need to exploit the elephant and use them for our benefit, in many diverse, exploitative ways. To date, you see garishly caparisoned elephants at religious rituals, political rallies, and weddings and of course, the circus. As we make our way across the busy streets in the capital, how many times do you come across the animal, chained, carrying huge amounts of load on their back, slowly traversing long, long distances, uncomplainingly? What about the magnificent creatures that exist beyond the periphery of our vision, in the wooded forests across our lands?

The trajectory of the elephants of our country is a bleak and dismal one and that is why the mission of GajaYatra becomes critically important. The Wildlife Trust of India has taken on the mammoth task of relocating villages in the region where the creatures once roamed at liberty without the fear of being killed or maimed. The elephant corridors across the country are today habitats the villagers call their own and the conflict that this causes leads to the death of both humans and animals, on a terrifyingly regular basis. The project undertaken by WTI aims at marking out different regions for the humans and animals so that the day-to-day clashes can be prevented. We need to bring about these changes immediately and also raise awareness about its importance. We have invited artists to participate in our exhibition with the hope that the endeavor will raise awareness and help us collect funds to make our mission possible. The journey ahead is a difficult one but we have been fortunate that art practitioners across the country have responded so enthusiastically and specially created artworks for GajaYatra. My curatorial note was a plea to the artists, urging them to create works that were relevant to our mission and when I see the works today I feel a sense of pride and hope that our request yielded such a heartfelt response. The artist’s works are nuanced and observe the distancing that has caused the present crisis in the forestland. We are united in our endeavor, there is an urgent need to stop an ecological disaster in our environment by acting now!

The images of the elephant in so many diverse mediums and styles remind me of an incident that occurred ages ago when my son was born. My mother had painstakingly embroidered a kantha for him with a pattern that had animals and birds inspired by nursery rhymes and fairytales. The motifs helped him recognize and identify birds and beasts as he grew up a little, later. Looking at the artworks today, I find myself praying that time does not come when we have to look at our childhood storybooks in order to recognize the animals that still exist in our forests.